New autumn and winter  Bulldog's restaurant offer has been refreshed with the new chef engagement, Peruvian of Croatian origin  -   Bruno Cesar Lerzundi Vagner. For 40-year-old Bruno, Croatian cuisine is not unknown, for years he has worked in restaurants, both on the Adriatic coast and in Zagreb, so he is also familiar with the quality of home-made ingredients that can be incorporated and fused in Latin American dishes. 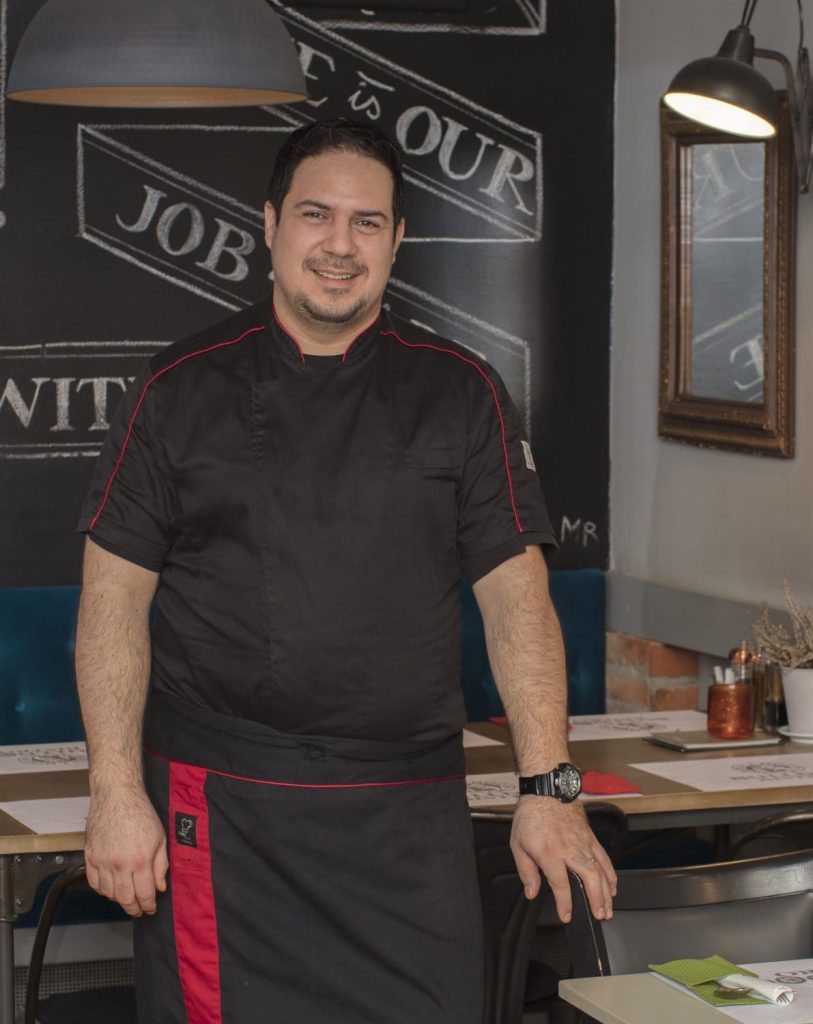 The fusion of Peruvian and Croatian, or, Mediterranean culinary tradition

Bruno has his Croatian roots from his grandfather's mother side who, after World War II, travelled to Lima, Peru's capital. Bruno was born in Limi, where he finished gastronomy at the San Ignacio de Loyola faculty. With the desire to learn the language of his grandfather, he started to learn Croatian. He soon became acquainted with his future wife Adriana, a Croatian with the desire to visit South America worked as a Croatian language professor at the Croatian community in Lima. Madly in love, Bruno sold everything he had and moved with Adriana to Croatia.

The culinary beginnings in Zagreb linked him to a nearby restaurant, such as Mex Cantina and fast food Vaya Con Dios, at the Avenue Mall shopping mall in Zagreb. Soon it comes to a significant breakthrough when he starts working at the Vagabundo restaurant in Bol on Brač with chef Vinko Marinković. This followed his arrival in Zagreb where he worked at the Vinodol restaurant under the patronage of Marija Čepek, with whom he is still cooperating. Two years ago, Bruno became a chef at the Zadar restaurant in Zadar, after which he stayed in Zadar, but as a chef of the Kaštel restaurant of the Bastion hotel. It is at the time of his cooking that Kaštel received a recommendation from Michelin, to which Bruno is particularly proud of. With such a high reputation, at the beginning of November, Bruno became the chef of the Bulldog Restaurant in the centre of Zagreb. 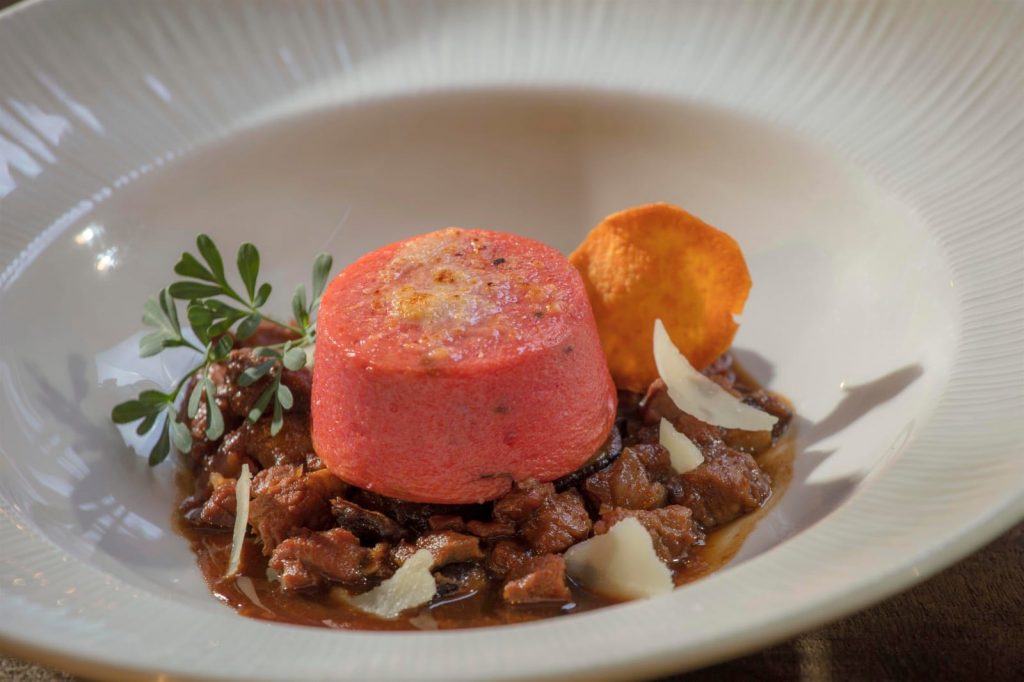 Classical dishes with a trendy edition

Bruno was used to the flavour and ingredients fusion because Peru's culinary delicacy was strongly influenced by minorities, whether the influences came from Africa, India or China and Japan. His preference for fusion will be adapted to the Bulldog Restaurant, for which he says he sees it as a pub, , where he will create a list of dishes that will mix simplicity and creativity. Of course, the guests enjoyed classics will still be on the menu. The restaurant will have a total of 15 to 20 delicacies and main dishes, half of which will be novelties. Among these novelties, Bruno points out the veal ragout with cep and polenta with beetroot, followed by the cheesecake of the ossobuco with grilled potatoes, in which he puts fresh cheese and lamb's lettuce, and is particularly proud of the slow-baked pork rib with the barbecue sauces according to his grandmother's recipe . There are also novelties on the dessert list, such as  Creme Brulee with raspberry and tiramisu with orange juice. 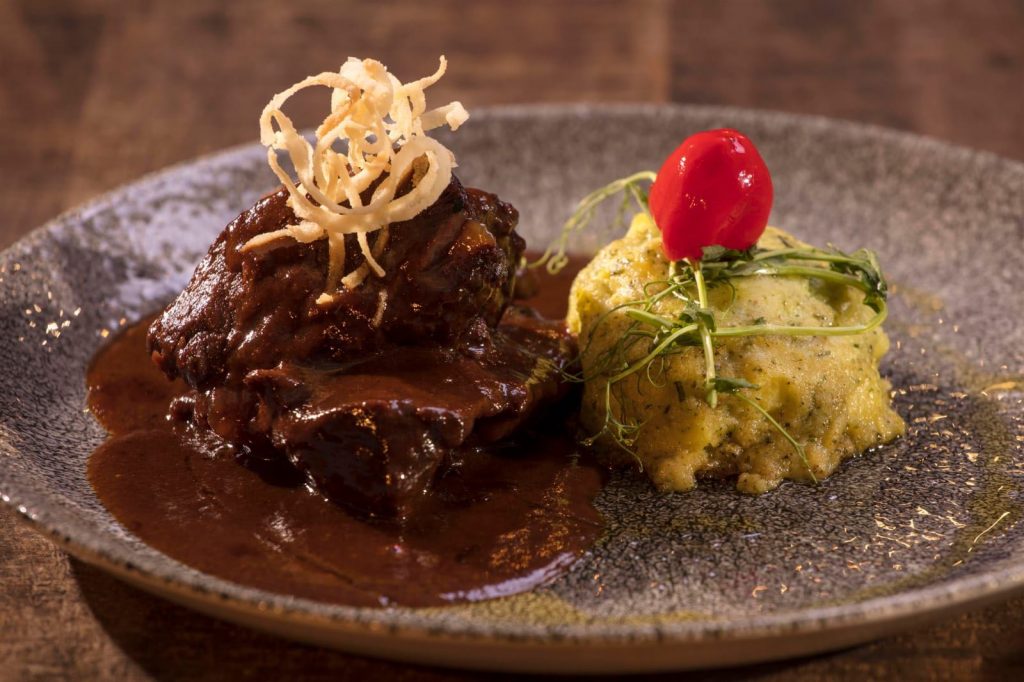 Talking about the differences between cooking in Peru and Croatia, Bruno says that in Peru all food is available all year long while there are seasonal foods in Croatia and he will tweak his map with seasonal food. It is already announced that in January, at the Bulldog's menu, chestnut and duck's breast risotto will be announced. Basically, the map of the dishes in Bulldog as Bruno foresees will change several times a year.